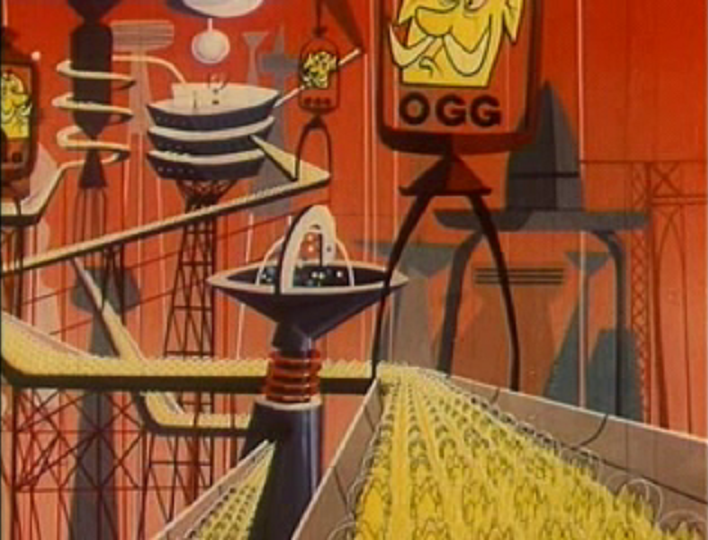 Petroleum industry and anti-communist propaganda aside, the 1956 industrial cartoon Destination Earth produced by John Sutherland is a whimsical example of Mid-Century Modern cartooning and space age illustrative stylings. Directed by Carl Urbano and designed by Tom Oreb and Victor Haboush, this 13-minute clip is a fascinating view of the future from the past, gushing with irony and humor like oil from a Texas drill rig. 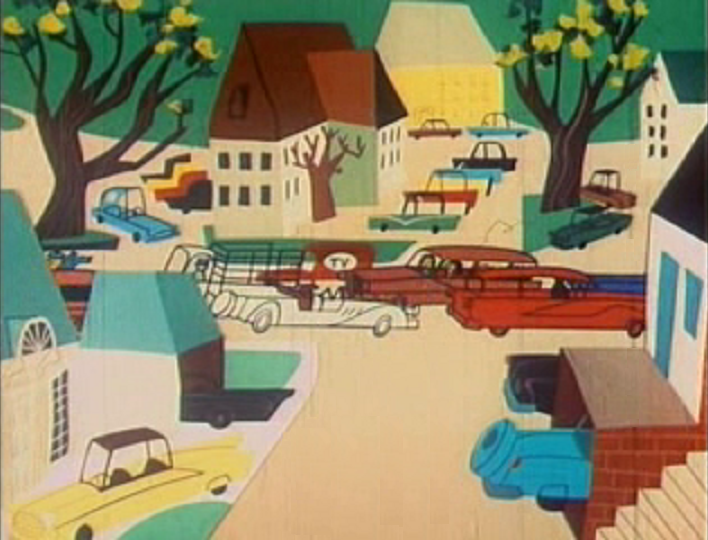 What are you doing for Earth Day? What can you do every day to be a little kinder to the planet? Here’s a little inspiration from the Desert Gang.

Above are advertisements for new homes from an old Arizona Republic newspaper dated Nov. 9, 1969. The yellowed newspaper was stuffed behind an old medicine cabinet we were replacing at home. What a find!

For more cool Mid-Century modern finds in Phoenix, the place to turn is the Modern Phoenix website — the go-to source for Mid-Century Modern architecture in the Valley of the Sun, and the group’s annual Modern Phoenix Week is happening right now. Check out this lineup of events for the big Modern Phoenix Expo taking place Saturday, April 21, at the Scottsdale Center for the Performing Arts:

The Ambushers is a 1967 spy comedy flick that is so bad it’s fantastic. Filmed in Acapulco and starring Dean Martin, Senta Berger and Janice Rule, it is loosely based upon the novel of the same title by Donald Hamilton. The film was the third in a series of four produced in the late 1960s starring Dino as secret agent Matt Helm. Dino both spoofs James Bond and plays up his own wisecracking playboy persona with plenty of references to two of his favorite pastimes — singing and boozing. The Matt Helm series was reportedly Mike Myers’ inspiration for “Austin Powers.”

With a flying saucer, a bevy of beauties, a fight sequence inside a giant vat of beer, and a return to Acapulco in its glory days, The Ambushers is cinematic “queso dip” at its finest. Get a little taste of it in the intro song performed by Boyce and Hart: