And nothing embodies the spirit of mid-sixties California like a Muscle Beach Party! This 1964 sand-and-surf flick is the second in a seven-movie series produced by American International Pictures starring Frankie Avalon and Annette Funicello. Directed by William Asher, this film also features the King of the Surf Guitar — Dick Dale — and 13-year-old Little Stevie Wonder appearing for the first time on the big screen. As with all of American International beach moves, the plots are thin but the beauties are buxom, and the music will have you tapping your toes, clapping your hands, and shaking your hips. There’s no better way to say hello to summer than with a Frankie and Annette beach movie! 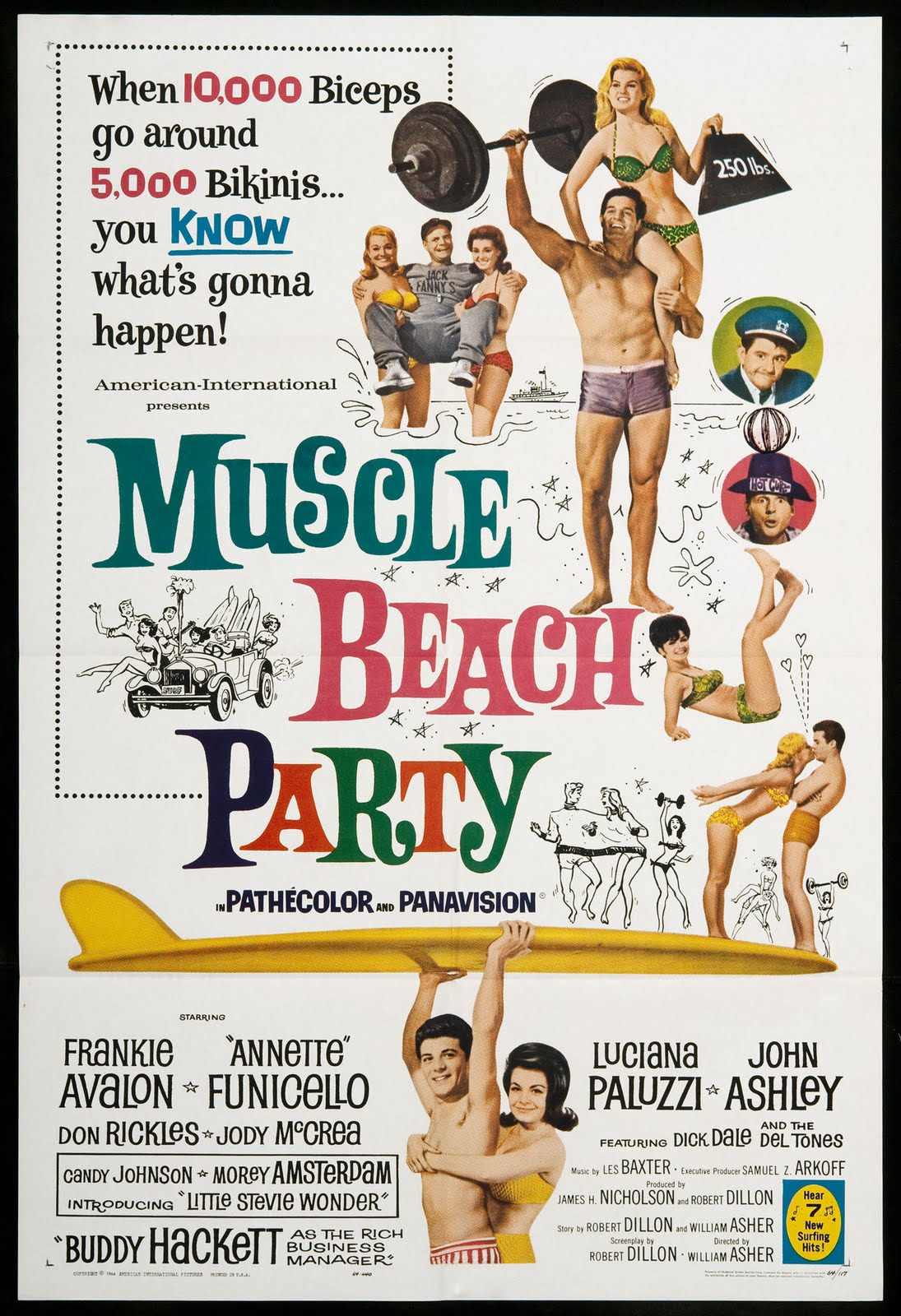 If Little Stevie Wonder on Happy Street can’t make you clap your hands, nobody can!

Even though this song doesn’t show off Dick Dale’s guitar prowess, it’s a fun song. Fortunately he’s still touring in 2014 (we saw him live in April) and is just as good as ever.