This design of a super-cool hipster soybean cartoon character celebrates healthy virtues with a whimsical Spanglish play on words. “Soy” means “I am” in Spanish and the word “cool,” obviously, transcends language, as does the fun retro styling we love so much. What’s more fun than a versatile vegetable with a Vespa?

These two illustrations are partially inspired by Huichol spiritual beliefs and legends, with important symbols reimagined in a harmonic pattern.

Spirit guides (represented in this design by the half-man/half-deer figures) are intermediaries between the spiritual world and the human world. They appear in dreams and visions to Huichol shamans (mara’akame), who follow their spirit guides and serve as ambassadors to the gods for humans.

One Huichol legend tells the story of how daylight was created (several variations exist, but I was inspired by the version related by Ronald A. Barnett in the e-magazine Mexconnect). When people realized that fire alone could not illuminate the world, they chose a magical boy to help them create daylight. The boy played a game with a hoop and arrow that made the Sun God appear, but he was too close to the Earth and burned everything. The snake people then flew up to the sky and tried to eat the sun, but that did not help. So the people implored Great-grandfather Nakawe to raise the sun. He asked the four cardinal directions to help him lift the sun. As he did so, he asked the people where they wanted the sun, and when at last they were happy, he secured the sun so that it would stay at that elevation forever, giving them light without burning them.

Here are two more illustrations in the series of Huichol-inspired designs that explore the symbols behind the Mexican indigenous group’s spiritual beliefs, deities, significant forces of nature and important themes such as the concept of nierika, the gift of sight.

Fundamental to Huichol rituals, ceremonies and daily life are numerous spiritual beliefs, for example, that the Sun God (Tayau) rules the heavens and brings warmth and illumination to the world, and that his wife, the Mother Goddess (Tatei Werika—the eagle) rules the sky and all living things. Huichols also believe that they descended from “wolf-people,” that two serpents surround the world, and that deer serve as spirit guides for shamans. This illustration is a tapestry interweaving various symbols of Huichol spiritual beliefs.

Corn (ikuri), deer (maxa) and peyote (hikuli) are important symbols that transcend mere subsistence for the Huichol people and enter the realm of the spiritual and the divine. One Huichol belief is that Grandfather Fire (Tatewari) helped the deer create peyote and corn. The snakes in the center represent Grandfather Fire.

This series of decorative illustrations was inspired by the art of the Huichol (Wixaritari) indigenous group who inhabit a small mountainous area in western Mexico. Huichols depict their mythology using bright colors and sacred symbols including peyote, corn, deer, snakes, eagles, bees, scorpions, flowers, the sun, stars and other abstract shapes that represent deities, important themes and significant forces of nature. The eyes I use on most of the living beings (as well the prominent Sun God figures) throughout these illustrations represent the central Huichol theme of nierika, which can be thought of as the gift of sight, deep visionary wisdom, or the ability to see the inner form of the world.

Pilgrimage to the Sun

Every year, some Huichols undertake a sacred pilgrimage east to Wirikuta, the place in San Luis Potosí near Real de Catorce where they believe life began. Huichols travel more than 550 km to gather peyote (hikuli), the hallucinogenic cactus that they consider one of their primary deities and that they ingest as a sacrament to induce visions and attain nierika. This illustration weaves images of the Huichols’ journey with symbols of peyote (the small green circular forms) and corn plants along with the Sun God as a central creator figure and assorted animals important in their mythology.

Leading the sacred pilgrimage to Wirikuta and the circular peyote dance (hikuli neixa) are shamans, who practice sacrifice and austerity in addition to ingesting peyote order to attain nierika. In this illustration, two advanced shamans carrying feathered healing wands (muwieri) lead the ceremonial dance, their central objective being the gift of sight. The two-headed eagle at the top of the image represents the shaman’s ability to see in all directions, and to reinforce this idea of nierika I have placed an eye in the center of a rhombus (tskuri), which is often thought of as a god’s eye but to the Huichols symbolizes the world. Below are additional variations of this design:

This week’s post features two more illustrations in my Mid-Century Modern Architecture series, which pays homage to landmark structures from the ’50s that continue to grace the Valley of the Sun:

This cool jewel of modern architecture in downtown Scottsdale — designed by architect Edward Varney — was built in 1956. Hollywood celebrities flocked to the hotel in the ‘50s and ‘60s, but it had lost a bit of its shine by the 1970s. Happily, Westroc Hospitality purchased the property and reopened the Hotel Valley Ho in 2005 after extensive restoration, and the building is now as Mid-Century marvelous as ever.

Frank Lloyd Wright designed this unusual spiraling home for his son David and daughter-in-law Gladys. Built in 1952 in a former citrus grove at the base of Phoenix’s Camelback Mountain, the house offers 360-degree views of the surrounding mountains and Arcadia neighborhood. Thanks to historic preservation efforts, Wright’s final residential masterpiece now serves as an educational and event space.

I love Mid-Century Modern architecture and design, and I’m lucky to live in Phoenix, Arizona, where many fine examples of such buildings remain standing to serve as artistic inspiration. This series of original illustrations pays tribute to some of the landmark structures that continue to grace the Valley of the Sun. This week’s post features new illustrations for two iconic bank buildings:

From Greenbacks to Greens

W.A. Sarmiento’s building — a blend of Expressionist and popular roadside architecture —started life in 1975 as the Metrocenter Branch of the now-defunct Western Savings and Loan. Still standing but now housing greens instead of greenbacks, a Souper Salad restaurant currently occupies this iconic building. Its distinctive ribbed, conical, vase-like tower topping a round base encircled with arches can be seen and enjoyed by drivers on I-17 on Phoenix’s west side. 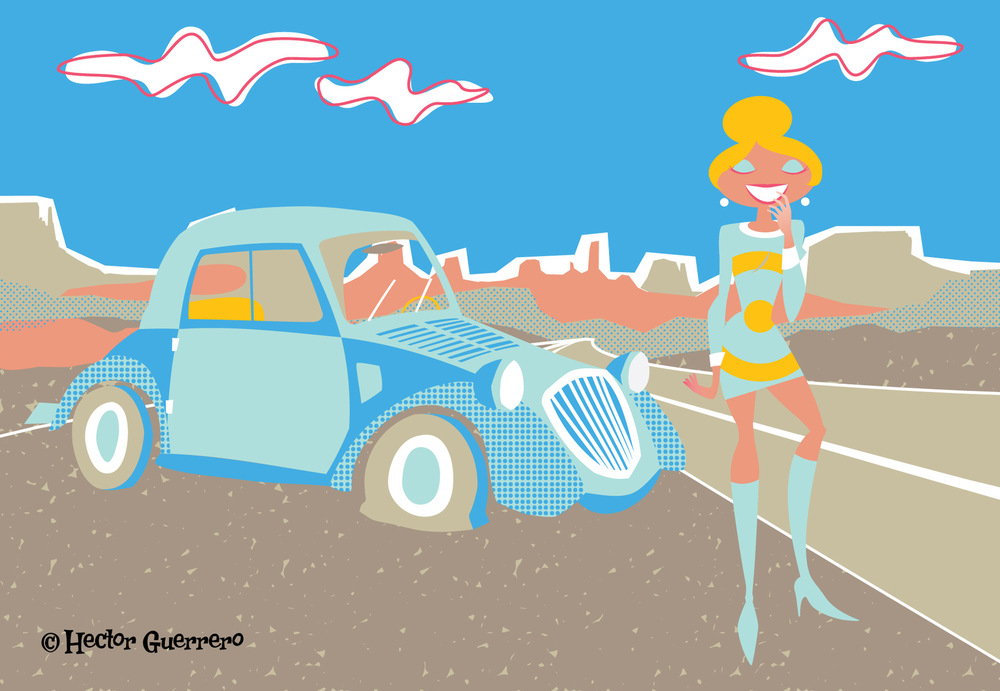 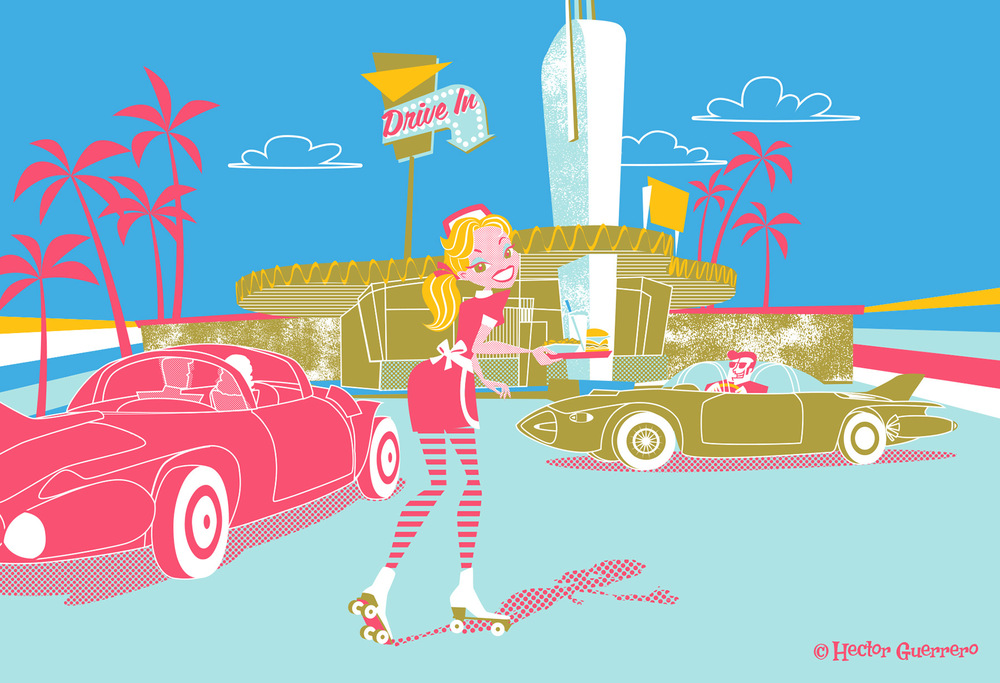